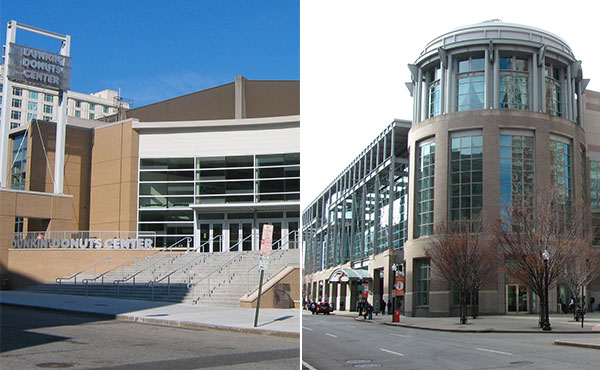 GREENSBORO, N.C., June 24, 2015 – USA Gymnastics has awarded the 2016 USA Gymnastics Championships, which showcases more than 1,800 of the country’s best gymnasts in acrobatic gymnastics, rhythmic gymnastics, and trampoline and tumbling, to Providence, R.I. Scheduled for June 8-13, Junior Olympic competition will be staged at the Rhode Island Convention Center for the entire six days. The junior and senior elite competition will be held at Dunkin’ Donuts Center from June 10-12. If the United States qualifies for the 2016 Olympic Games for rhythmic gymnastics and/or trampoline, the USA Gymnastics Championships will be part of the Olympic selection for those two disciplines.

“USA Gymnastics is excited to bring one of our premier events to Providence and the state of Rhode Island,” said Steve Penny, president of USA Gymnastics. “The three disciplines competing in the USA Gymnastics Championships provide a wide variety of action and excitement, from the beauty and grace of rhythmic gymnastics to the dynamics of acro to the high-flying routines of trampoline.”

“To host such a prestigious and dynamic sporting event is a true honor. It will be our pleasure to welcome talented young athletes of this caliber, their families, and fans to Rhode Island,” said John Gibbons, executive director of the Rhode Island Sports Commission (RISC). “The people of Rhode Island will welcome them with open arms as they – hopefully – journey on the road to the 2016 Olympic Games.”

For the junior and senior elite levels for each discipline, the athletes will be vying for national titles. Performances will determine berths on the junior and senior U.S. National Teams for rhythmic gymnastics and trampoline and tumbling. In addition, the USA has the opportunity to qualify for the Olympic Games in rhythmic gymnastics and trampoline at the respective World Championships this fall and again at the Olympic Test event in the spring. Should the United States be successful in earning a berth to the Olympics, the USA Gymnastics Championships will be part of the selection process to identify the U.S. athletes who will compete in the Olympic Games. The selection process for those two disciplines is currently in the approval stage.

The schedule will be available this fall and tickets will go on sale in 2016. The USA Gymnastics was first held in 2014 at the KFC Yum! Center and the Kentucky International Convention Center in Louisville, Ky., and in 2015 at the Greensboro (N.C.) Coliseum Complex. For more information on the USA Gymnastics Championships, please go to usagymchamps.com.